Which Bow – Compound Vs Tradbow 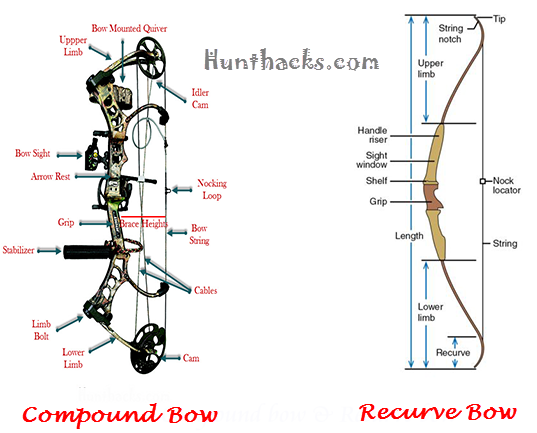 I shot a compound bow for years, since my early teens until my mid-20’s.  I loved my compound bow.  Reliable, powerful and totally felt like “Rambo” whenever I held it.

In my earlier years of hunting, I hunted almost exclusively with my older brother (Jason). Jason is an excellent hunter, teaching me most of what I know, and he too shot a compound for several years.  Then I remember one day he rocked up for one of our hunts with a hand made “Huntsman” recurve bow.  I had never seen anything so attractive (referring to hunting objects only of course)….hand laid, timber limbs, meticulously french polished.  His recurve proved to be brutal, with many pass-throughs being achieved on our subsequent hunts. And it was super quiet as well, whisper quiet.

There was lots to like about his trad bow.While I was impressed with the beauty of Jason’s traditional recurve, and its stealthy hunting ability, it lacked the “Ramboness” of my compound and I persevered with it for several years, taking some serious feral animals out of commission with it (like the 150+kg boar pictured below).

Jason and I would debate the pros and cons of compounds vs trad bows on every occasion possible.  I defended my trusty compound, however I couldn’t shirk the attraction to a traditional recurve.  Deep down, I knew that at some point, I would take up a trad bow.

I clearly remember the day I made a commitment to switch to a traditional bow.  I was hunting with my bro and we had stalked in to 50 metres on this feral pig in some swampy marsh on a remote property in upper North Queensland.  It was my turn to shoot (I was still using a compound at this time) and I recall turning to Jason just before I took the shot and said “mate if I can shoot this pig in the ear, then I am done with compounds and will swap to a recurve”.  Jason smiled back at me in a mocking manner, comforted probably by the unlikely chance of me taking any animal through the ears at 50 metres.

I lined up and released.  The feral pig was out like a candle, dropping instantly.  I had never seen any animal expire so swiftly before.   Given the distance of the shot, I could not see the point of impact but knew it was a straight pass-through.  When we arrived to the animal, we could not see any obvious point of entry/exit, but on closer inspection, we observed that I had indeed taken pig in through its left ear, with the arrow exiting through its right ear. Jason was quick to lock me into my oath to switch to a traditional bow.  He purchased my first “Huntsman” recurve for me.  I have not shot any other bow ever since.

Now I am not trying to persuade readers to abandon their compound bows in exchange for a trad bow.  Game on Adventures caters for both compound and traditional bow hunters (no discrimination here). There are pros and cons to either choice and it is a personal decision of course.

For those of you who are unfamiliar with the differences between a compound and recurve bow, the following diagram (courtesy of Hunthacks.com) gives a pretty good illustration of the (very) different set ups.

Hands down, compound bows are more powerful and efficient than trad bows.  With a compound, the “backing off” of the limb resistance at full draw permits the archer to comfortably aim and hold the shot for an extended period, increasing the likelihood of a more accurate arrow placement.  Trad bows work the opposite way…the further your draw, the more the pressure builds and becomes harder to hold.  In fact, any decent trad bow for hunting purposes (i.e. 50 pounds or more) will be challenging to hold steadily at full draw for anything more than a moment (unless you are Hercules).  Add to this the ability for compounds to attach sights and you take the accuracy advantage to another level.  Trad bows require an “instinctive” approach to shooting, unaided by sights and reduced ability to aim at full draw.  Much harder to master, but very rewarding if you can put in the hours to get your grouping averages up.  In almost all instances however, a properly set-up and sighted compound will trump a trad bow in terms of out-right accuracy.

Trad bows are (generally) lighter than compounds and much quieter.  I have often had an opportunity to take a second animal from a mob when shooting with my recurve because the first shot was so silent, whereas the mechanical noises generated from a compound bow will almost always spook the herd after the first shot.

Trad bows are however noticeably longer and more cumbersome than compounds which can be a real annoyance when hunting in thick scrub (or crawling under a barbed wire fence which property owners in Queensland and the Northern Territory seem to love).

Another point to mention is that because compounds use speed to achieve penetration, you can utilise a much lighter arrow which in turn decreases the rate of your arrow’s trajectory fall during flight.  Conversely, traditional bows rely on a heavier arrow, using stored kinetic energy to achieve penetration.  Accordingly a heavier arrow shot from a trad bow will travel more slowly and have a noticeably higher trajectory fall away rate than a compound, which can make longer shots with a recurve much more difficult to predict.  The answer to this is to shorten your shooting distance by stalking in closer to your target.  While that is not an attractive solution for everyone, personally I enjoy the challenge of having to get with 10 to 15 metres of my target to ensure a high probability of success for landing the arrow in the kill zone.  But that’s just my preference.

Thanks for reading and happy hunting!

Your email address will not be published. Required fields are marked *